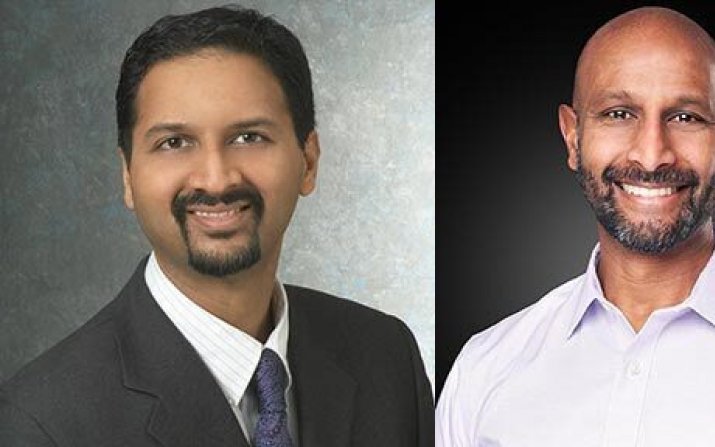 When Case Western Reserve research showed that artificial intelligence (AI) could identify which lung cancer patients would benefit from chemotherapy, a national magazine called the finding one of the “10 Most Incredible Medical Breakthroughs of 2018.”

Four years later, the university has signed an exclusive license agreement with Picture Health that aims to turn the promise of such AI tools into a reality that ultimately benefits patients around the globe.

“Our team is excited by the opportunity to develop this groundbreaking AI further so that clinicians, hospitals, and other health care entities can better predict, diagnose and treat multiple forms of cancer,” said Picture Health CEO and co-founder Trishan Arul, who noted the company is in the process of closing an oversubscribed round of seed funding. “We are focused on the mission of applying these technologies to help patients worldwide.”

Picture Health co-founder Anant Madabhushi, director of the Center for Computational Imaging and Personalized Diagnostics at the Case School of Engineering, led the research involved in the agreement. The work also included three hospitals within walking distance of campus.

“Our collaborations with physicians nearby have allowed us to test and refine techniques to diagnose different kinds of lung cancer and determine which treatments have the highest likelihood of helping specific patients,” said Madabhushi, who also has an appointment at the Louis Stokes VA Medical Center. “Now Picture Health will provide the expertise we need to advance our tools and get them out to providers.”

Madabhushi and his team worked with colleagues at Cleveland Clinic, University Hospitals and the Louis Stokes VA Medical Center on research projects that identified:

Stan Gerson, dean of the university’s medical school and acting director of the Case Comprehensive Cancer Center, said the agreement again demonstrates the benefits of close collaborations among researchers on campus and clinicians at affiliated hospitals.

“We all are dedicated to a shared mission of helping patients,” Gerson said, “and over time have developed a unique ecosystem where scientists and physicians so appreciate one another’s expert perspective that they are eager to find new ways to work together.”

Just last fall Lucid Diagnostics, a company that produces esophageal cancer tests developed through research at Case Western Reserve and University Hospitals (UH) completed a $70 million public offering. And in the spring biopharmaceutical giant Amgen acquired Rodeo Therapeutics, a company based on research from CWRU and the University of Texas Southwestern Medical School that had earlier received funding from the Harrington Discovery Institute at UH.

Since arriving at Case Western Reserve in 2012, Madabhushi has authored or co-authored more than 200 journal articles, and secured more than $60 million in federal and non-federal grant funding for research.

“By engaging clinicians early in this work,” Arul said, “Anant and his team were able to adapt these AI tools in ways that made them particularly useful to the doctors and others who will ultimately apply them. Those collaborations give Picture Health a unique advantage being able deploy these tools more quickly.”

Over the past decade, studies involving applications of artificial intelligence to health care have increased dramatically; one analysis found that life sciences publications citing AI or machine learning increased more than 20-fold between 2010 and 2019. Forecasts for growth of the global market for AI in health care over the next six to eight years vary widely, but even the most conservative estimates put the compound annual growth figure at 25%–and 2021 base estimates range between $5 billion and nearly $7 billion.